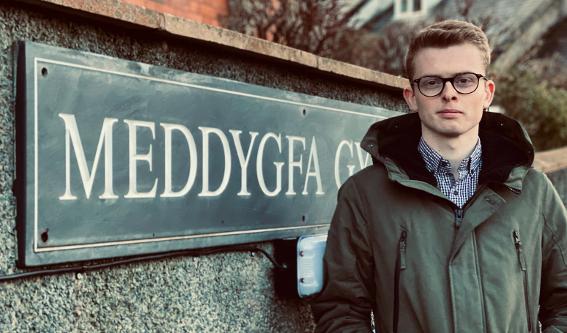 The shocking figures has lead to Cllr Aaron Wynne, Plaid Cymru's candidate for Aberconwy in next year's Welsh General Election, to call for a life saving rapid diagnostic centre for North Wales.

The county ranked higher than the Welsh average for 25 of the 37 cancers referenced in the report.

He wants a Rapid Diagnostic Centre to be set up for the region, these centres have proven successful in cutting cancer rates in Denmark and have been trialled in South Wales.

"These centres will save lives, given the dire cancer rates here it is vital the health board take these steps help catch cancer early and give patients a better chance of making a successful recovery," he said.

Becky Williams, wife of late Irfon Williams who died in 2017 after a three-year battle with bowel cancer, backs Plaid Cymru's call for a Rapid Diagnostic Centre.

“Wales has some of the poorest outcomes in Europe for bowel cancer - and one of the lowest cancer survival rates in Europe. We know that early diagnosis and treatment of not just bowel cancer but all cancers lead to improved outcomes for patients.

"An early diagnosis is the difference between life and death – it’s as simple as that."