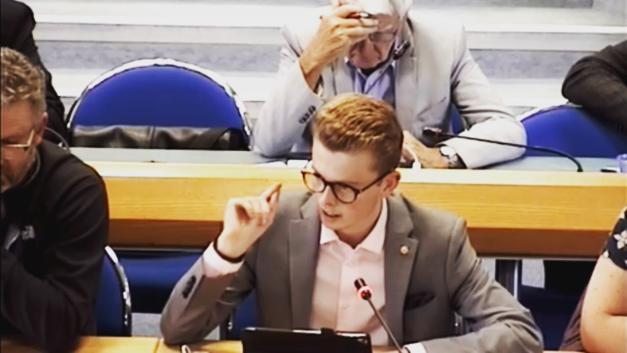 Plaid Cymru Councillor for Llanrwst, Aaron Wynne has called for flood victims to be given a ‘council tax holiday’ by Conwy County Borough Council.

This would mean that people affected by the floods would not have to pay council tax for up to six months as they deal with the damage caused to their properties.

It is within Conwy Council's power to offer residents concessions on council tax if they so wish. This is sometimes done with residents who are in arrears.

Writing to the Leader of Conwy Council, Aaron Wynne argues that many residents need further financial assistance on top of the £500 given to each affected household by the Welsh government, given that many were unable to afford insurance for their properties and are facing bills of many thousands of pounds.

The letter states that;

"As you know, this flood was unprecedented with many areas in Llanrwst and across the county badly affected for the first time.

"It will costs residents thousands of pounds to replace the goods inside their homes, from carpets to kitchens and everything in between.

"I understand that the Welsh government is taking some measures to assist people directly affected including giving £500 to each flooded household, or £1,000 to households without insurance.

"However I was hoping that the Council could give additional help to residents and could look at considering options such as giving flood victims a ‘council tax holiday’.

"This would mean giving flood victims a council tax break for up to six month, so that residents can use that cash to replace their damaged goods and future-proof their homes.

"The personal clean-up for residents will costs thousands of pounds. Money most people just don’t have."