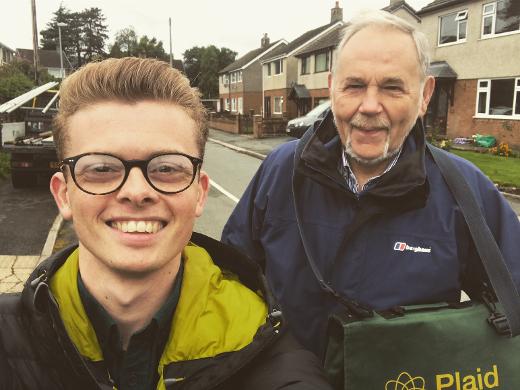 Llanrwst United Football Club has been badly damaged by the recent floods which took a stranglehold on the town of Llanrwst in early March 2019.

The Club has seen extensive disrepair to their home pitch and multiple damages to their pavilion and changing rooms.

Conwy councillors are set to receive a £268 pay-rise this year which will see their annual salary increase to £13,868. Councillors’ pay is set by the Independent Remuneration Panel for Wales (IRPW) each year.

Llanrwst councillors Aaron Wynne and Ian Jenkins, who have previously refused to accept their council pay rises, have said they will accept it this year in order to donate it to the football club.

“Since being elected to Conwy Council I have never accepted the pay-rise which is awarded to Councillors each year. When most of the public sector have pay-caps why should Councillors enjoy a pay-rise?

“This year I will accept my pay-rise of £268 for the first time in order to donate it to Llanrwst United Football Club whose pitch and facilities have been badly damaged during our recent floods in the town.”

“Conwy and other local authorities across Wales are seeking ways to cut services in order to balance budgets. Every year we’re asking our residents to dig deeper to fund Council tax increases. How can a Councillor pay-rise be justified?

“I would urge the people of the Conwy Valley and beyond to help and support the people of Llanrwst, and our local Football Club, by generously donating towards the repair of facilities at Gwydir Park - every penny counts!”

You too can donate on Llanrwst United Football Club’s JustGiving page by following this link: https://www.justgiving.com/crowdfunding/michael-lundstram?utm_id=60&utm_term=e3gwG5zWm