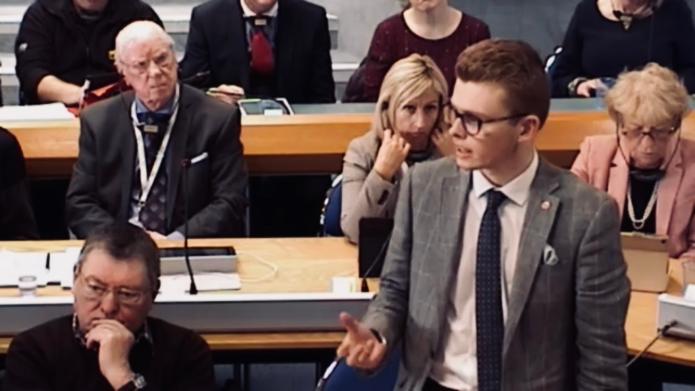 The Welsh Government Housing Minister has admitted that government financial support for affordable homes has been spent on homes that aren’t affordable to the majority of people in Wales.

Plaid Cymru’s housing spokesperson Delyth Jewell AM asked her to justify statistics that showed that 78% of homes that the Welsh Government counts toward its affordable homes target had sold for a price of over £150,000.

Responding to the Senedd debate, Cllr Aaron Wynne said that the "Help to Buy scheme should prioritise low earners".

“It’s absurd that the Labour government seems to believe that ‘affordable’ homes include properties that cost over quarter of a million pounds.

“Perhaps the Welsh government should visit Aberconwy where the average wage is one of the lowest throughout Wales, and with so much of the economy dependent on tourism many jobs are seasonal and sparse.

“What Labour's policy means is that tax paid by those who can’t afford to buy real affordable homes, such as young couples and families, is being used to help better off people buy expensive properties. It’s a scandal.

“Plaid Cymru would right this wrong by reforming the Help to Buy scheme to prioritise low earners to get on the housing ladder, significantly increase the Welsh stock of social housing and allow communities a greater say in local development schemes.

Challenging the Housing Minister in the Senedd, Delyth Jewell AM said:

“I cannot see how any reasonable person can count these homes as ‘affordable’.

“Is this not statistical manipulation on an industrial scale?”

“I don't disagree at all that the definition of 'affordable' is unhelpful and rather more flexible than  we'd like in terms of what we're trying to do.

“And we've been very upfront about the numbers in terms of that, because I'm not disagreeing with the fundamental premise of what you're saying, which is actually we should build social housing or homes that actually are within people's range without having to have government help to get them there.

“But the current definition is that if you've had government help to get you into our house then it's an affordable home. So, I'm not going to argue with you. I don't disagree with the basic premise that you're saying, but the target we set included that definition and so it's being counted against that definition.”